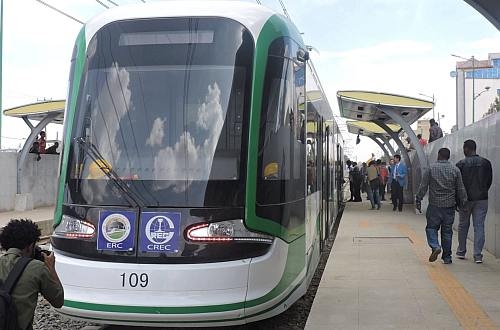 The 16.9km north-south line links Minelik Square with Kality and has 23 stations. A 17.4km east-west line from Ayat to Tor Hailoch is also due to open soon. The lines share a 2.7km section between Lideta and Stadium.

Both lines were constructed by China Railway Engineering Corporation (CREC) and CNR Changchun (now part of CRRC Corporation) has supplied a fleet of 41 70% low-floor vehicles, which have a maximum speed of 70km/h.

China is financing 85% of the $US 475m project, with the remainder coming from the Ethiopian government.

The 39-station network will be maintained by CREC and Shenzhen Metro Group under a $US 116m five-year contract awarded by Ethiopian Railway Corporation (ERC) last year.