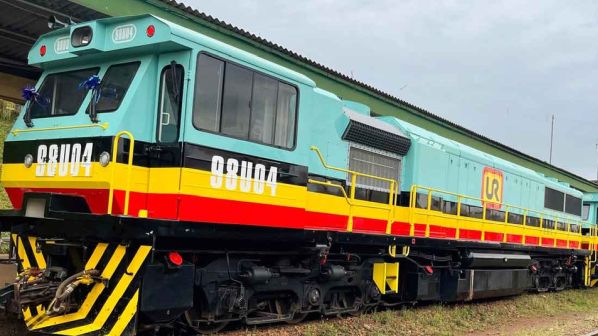 THE African Development Bank Group (ADB) is to provide $US 301m to overhaul Uganda’s Kampala - Malaba Metre Gauge Railway (MGR), which forms part of the East African Community’s Northern Corridor linking the Ugandan capital, Kampala, with the coastal city of Mombasa in Kenya.

The support project will see the renovation of the 265km Malaba - Mukono MGR route, including the line to Jinja Pier and Port Bell on Lake Victoria. Also included is training and skills development for the railway workforce and nature-based climate resilience measures such as tree-planting to prevent erosion of the trackbed.

The funds agreed by the ADB Board of Directors comprise loans and grants from ADB and its concessional lending branch, the African Development Fund (ADF).

As well as meeting the aims of Uganda’s Vision 2040 national strategy and the East African Community’s Vision 2050 to increase trade and make the region more globally competitive, the rehabilitation project is expected to directly benefit nearly 1.2 million people.

The Northern Corridor multi-modal route also includes road transport between Mombasa and landlocked Uganda, as well as to and from the neighbouring countries of Rwanda, Burundi, South Sudan and the eastern Democratic Republic of Congo, together with shipping on Lake Victoria.

Although rail is perceived as a safer and more affordable means of transport for the region’s freight compared with road haulage, the currently poor state of the rail infrastructure means that 90% of traffic along the Northern Corridor is by road and a mere 7% is carried by rail. Transport costs are therefore comparatively high.

In May 2021 the Ugandan parliament approved government plans to borrow €327m to support the Kampala - Malaba MGR project. As well as €216.7m from the ADF and €84.4m from the ADB, this included €25.9m from the Spanish government's Corporate Internationalisation Fund (FIEM).

In October 2020 the government of Uganda also launched a project to rehabilitate another metre gauge line, the 375km Tororo - Gulu line, at a cost of €34.6m with financial support from the European Union.