AFRICAN Minerals has signed a leasing agreement with RRL Grindrod for a further 14 S30SCC Co-Co diesel locomotives for use in Sierra Leone, in addition to the 20 it already leases from the South African company. 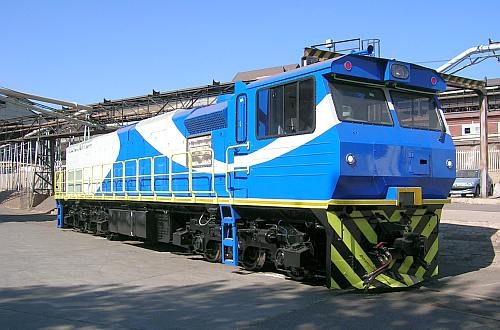 The 2.24MW locomotives will be used to haul iron on the recently-rehabilitated 200km line from the Tonkolili mine to the Atlantic port of Pepel. The mine has a projected output of 15-20 million tonnes per year.

In addition to the 34 units supplied to African Minerals, Grindrod has supplied similar locomotives to Congo Ocean Railway, and mining giant Vale has expressed an interest in the S30SCC for use on Mozambique's newly-reconstructed Sena line.