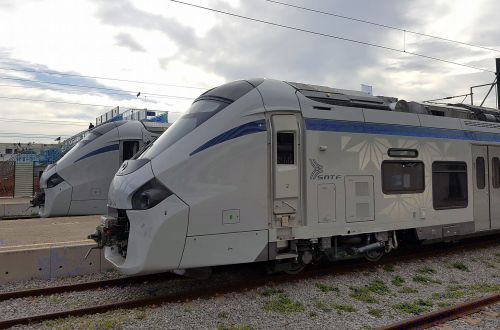 SNTF awarded Alstom a contract worth around €200m in July 2015 to supply 17 of the diesel/25kV ac dual-mode trains, which have been adapted to cope with extreme temperatures and wind-blown sand. Each 110m-long six-car set will seat 254 passengers, including 60 in first class.

Assembly is taking place at Alstom’s Reichshoffen plant in eastern France and the first train arrived in Algeria at the end of January.

The fleet will make its passenger debut on the 08.00 Algiers - Oran service on March 3.