THE CEO of Algiers Metro Company (EMA) Mr Omar Hadbi confirmed on November 7 that two extensions of the Algiers metro network will open before the end of the year, while several other Algerian cities will complete light rail projects in the first half of 2018. 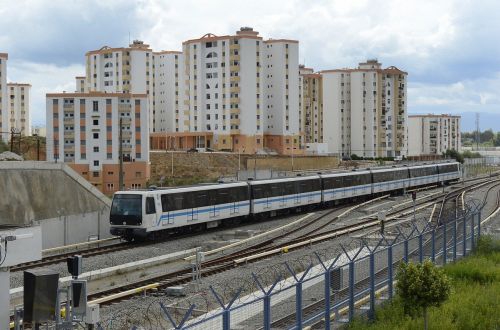 In an interview with Algerian radio station Chaine 3, Hadbi said the 1.7km extension of the Algiers metro from Tafourah Grande Poste to Place des Martyrs and 3.6km branch from Haï El Badr to Ain Naadja 2 will open before the end of December.

In the first half of next year the cities of Setif and Ouargla will open their first tram lines, while the initial 7km section of Constantine light rail Phase 2 is also due to be completed.

However, lack of funding has stalled progress on numerous light rail projects and work has been suspended on new lines in Annaba, Batna, Biskra, Chlef and Djelfa and extensions in Algiers and Oran. “So far, there has been no decision on relaunching these projects,” Hadbi says.

The slowdown in light rail construction has had a knock-on impact on the Annaba rolling stock assembly plant operated by Cital, a joint venture of Alstom, EMA, Ferrovial, and Algerian National Railways (SNTF). “This plant was originally built to supply 250 trams for 10 networks, but currently we will only build 140 trams because the other projects have been suspended.”

For detailed data on urban rail projects in Algeria, subscribe to IRJ Pro.