ALMOST a year after it was selected as preferred bidder, Alstom confirmed on July 29 that it has signed a contract worth around €200m to supply 17 six-car Coradia Polyvalent bi-mode (diesel and 25kV ac electric) multiple units to Algerian National Railways (SNTF). 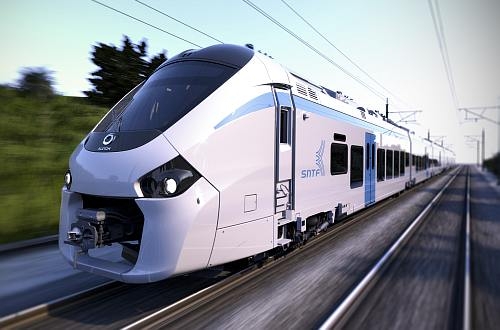 The 160km/h trains will be delivered from January 2018 onwards for use on inter-city services from Algiers to Oran, Annaba, Constantine, and Bechar. Each 110m-long set will seat 265 passengers and Alstom says the trains will be configured to operate in desert environments with efficient air-conditioning systems.

The trains will be designed, assembled and tested at Alstom's Reichshoffen plant in eastern France, which is currently producing similar Regiolis trains for the French regions.