AFTER a 34-year hiatus, rail traffic between the Democratic Republic of Congo and Angola’s Benguela Railway resumed on March 5 when a manganese train crossed the border between Dilolo and Luau bound for the Angolan port of Lobito. 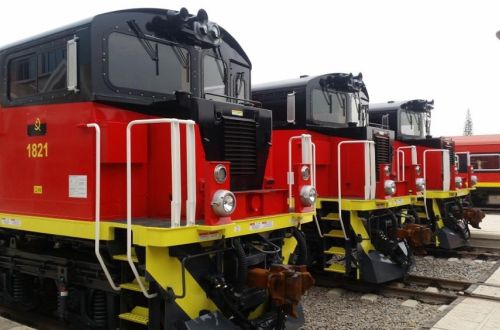 The 25-wagon train carried 1000 tonnes of manganese in 50 20ft containers for export to China and India.

The 1344km Benguela Railway from Lobito to the DRC border closed during Angola’s 26-year civil war, which ended in 2002. Rehabilitation of the line began in 2006 and the final section was completed in 2013. The railway provides the route to the Atlantic coast for export minerals from the Katanga region of DRC and the Copper Belt of northern Zambia.

Alongside the restoration of the railway, Lobito Port has been modernised and expanded at a cost of $US 1.2bn to increase capacity to 3.7 million tonnes of freight per year, rising to 4.1 million tonnes when the Benguela Railway is operating to its maximum potential.