EIGHT Auckland Transport (AT) DMUs together with spare parts are being shipped from New Zealand to Mozambique to operate commuter rail services in Maputo. 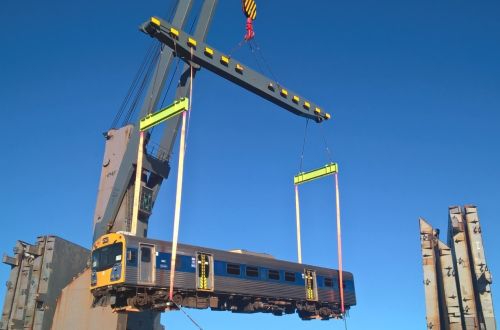 The trains, which were originally built in Australia for opertion in Perth, became surplus to requirements after Auckland introduced its new electric train fleet in 2014. A few of the trains have been retained to operate between Papakura and Pukekohe, although these will be replaced by independently-powered EMUs being supplied by CAF.

“By selling the trains, it reduces AT’s costs, as these have been stored in Mount Maunganui since the new electric trains began operating,” says Mr Brendon Main, group manager, AT metro operations. “Since the city’s rail network was electrified we’ve seen incredible growth in patronage, we’re nearing 20 million rail trips a year.”

There are also 110 coaches in storage in New Zealand, 104 of which were originally built for British Rail in the early 1970s and later exported to New Zealand and refurbished for long-distance operation. AT says it has recently entered into conditional agreements for the sale of 31 coaches, and Main says there is also interest in the remaining 79 coaches.