THE president of Benin Mr Boni Yayi and his Nigerien counterpart Mr Mahamadou Issoufou formally launched upgrading of the 437km Cotonou - Parakou line in a ceremony at Cotonou Central station on March 19, marking the start of work on a $US 1.6bn project to link the capital cities of the two countries by rail. 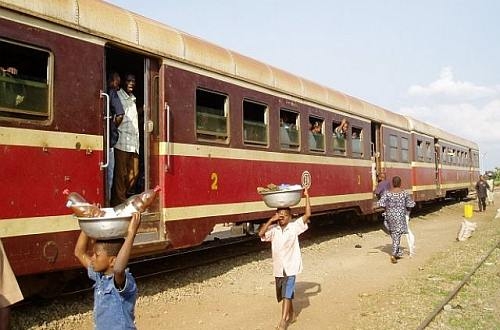 The second phase of the project will extend the metre-gauge line 137km north from the railhead at Parakou to the border at Gaya. The line will later be extended a further 426km to reach Niger's capital Niamey, where a station has already been constructed.

Bolloré will hold a 40% stake in the project, while the Benin and Niger governments will each hold 10% stake. The remaining 40% will be held by private sector participants from the two countries.

Ultimately it is planned to link the line to the proposed West Africa Railway, which will connect Niamey with Ouagadogou in Burkina Faso and Abdijan in Ivory Coast. Construction was due to begin on this project last year, but lack of financing has delayed the start of work.