IRJ at IHHA 2015, Perth, Australia: TRANSNET says it is close to completing a study on a new heavy-haul railway which would enable landlocked Botswana to export its vast coal reserves through the South African port of Richards Bay. 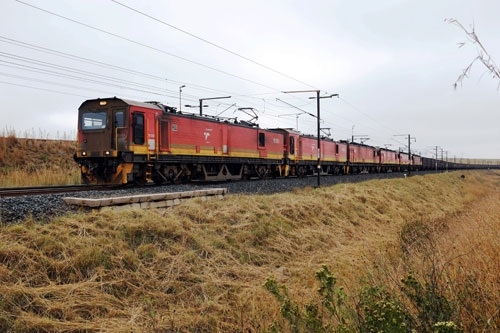 Transnet executive manager Mr Brian Monakali told delegates at the International Heavy Haul Association's 2015 conference in Perth on June 22 that a pre-feasibility study for the link from the existing Transnet Freight Rail (TFR) railhead at Lephalale to the coalfields of southeastern Botswana is due to be completed next month.

The project would require the construction of a 3-4km bridge across the Limpopo river, but Transnet says the link would stimulate the economies of Botsawana and South Africa's Limpopo province, estimating that up to 100 million tonnes of coal per year could potentially cross the border by rail.

The line would ultimately be part of a new 560km heavy-haul railway linking Botswana and South Africa's Waterberg coalfield with Lothair, near Ermelo, where it would meet the planned 146km Swazilink line. This would create a new route via Swaziland for coal traffic and general freight to both Richard's Bay and Maputo in Mozambique.

Botswana is sitting on massive and as yet largely-untapped coal deposits. Extractable reserves at Mmamabula near Mahalapye, in the area which would be served by the new railway, are estimated at 1.5 billion tonnes.

Transnet is planning a massive expansion of its heavy-haul rail network, which will grow from 2103km to 4438km by 2030, with capacity forecast to almost double from 155 million tonnes per year to 307 million tonnes.

Other projects at the planning stage include upgrading of the 1200km north-south Hotazel - Kimberley - De Aar - Coega line to heavy-haul standards for export of manganese. This would be implemented in three phases with axleloads ultimately being ramped up to 26 tonnes and maximum train lengths increasing to 225 wagons.

"All of these projects are at an advanced stage of planning with a commitment in terms of capital expenditure," Monakali says.