UK Export Finance (UKEF) has agreed to back a £1.7bn buyer credit facility for a consortium led by Bombardier Transportation and including Orascom Construction and Arab Contractors for the Cairo monorail project. 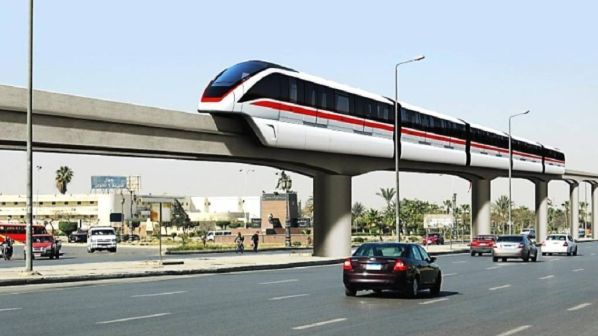 Under the deal, UKEF will guarantee 80% of borrowing totalling €2.5bn from J P Morgan. UKEF says this is the largest amount of financing it has ever provided for an overseas infrastructure project.

Egypt’s National Authority for Tunnels awarded a $US 4.5bn contract to the consortium in 2019 to design, build, operate and maintain  two new monorail lines for 30 years. Bombardier’s share of the deal is worth $US 2.85bn and includes supplying a fleet of 70 four-car Innovia Monorail 300 trains, which will be built in Derby, Britain, Cityflo 650 CBTC, the operation control centre, communication systems, platform screen doors, fare collection, power supply and power distribution systems as well as switch beams and depot equipment.

Bombardier will set up a production line and test track at its Derby plant to manufacture the monorail trains creating around 100 jobs. A prototype four-car train has already been constructed in China, and the first British-built train is expected to roll off the Derby production in the second quarter of this year.

“This is the first UK export since our Derby-built trains were exported to South Africa for the Gautrain project in 2008,” says Mr Matt Byrne, president of Bombardier Transportation, UK and Ireland.

The 54km line from East Cairo to New Administrative Capital (NAC) and the 42km line to connect 6th October City to Giza will be the first mass transit links to connect Greater Cairo with the outlying metropolitan areas. The two lines will have capacity for around 45,000 passenger per hour per direction with an operating speed of 80km/h, providing a journey time of around 60 minutes to new Capital City and around 42 minutes to 6th October City. The two lines are expected to open in 2023.