CAMEROON and its landlocked neighbour Chad reached an agreement on June 3 to carry out a feasibility study into the construction of a 700km line linking Ngaoundéré in northeast Cameroon with Ndjamena, the Chadian capital. 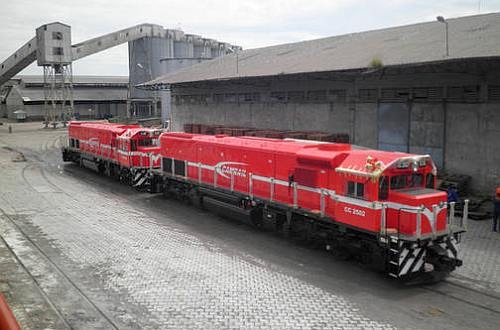 Financing has yet to be agreed for the project, which will require investment estimated at Central African Francs 1400bn ($US 2.92bn).

The concession holder for the railway will be Cameroonian railway operator Camrail, owned by Bolloré Africa Logistics, a subsidiary of France's Bolloré Group.

With some 80% of Chad's imports and exports currently transported by road via Cameroon's main port and commercial capital of Douala, Chad is looking to expand trade through rail and other infrastructure projects linking the landlocked country to the Atlantic coast.

Cameroon's transport minister Mr Robert Nkili says the project would also benefit northern regions of Cameroon, where traders were struggling to export their products to other regions. His Chadian counterpart, Mr Adoum Younousmi, added: "If the work programme is respected, construction should begin in 2016."

In 2012 Cameroon announced plans to build railway lines to expand trade with Chad as well as southern neighbours such as Gabon and Equatorial Guinea, but construction has not yet begun.