TANZANIA-Zambia Railway Authority (Tazara) has signed a $US 42m agreement with the Chinese government that will enable Chinese companies to implement rehabilitation projects on the ailing railway. 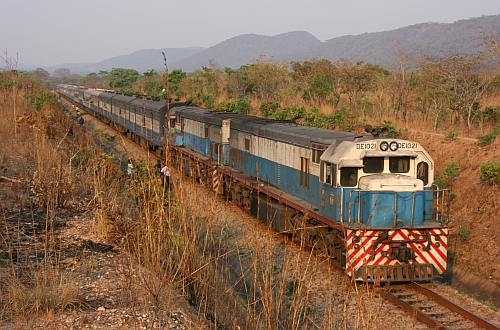 According to a statement released by Tazara, the agreement was concluded by Tazara managing director Mr Akashambatwa Mbikusita-Lewanika and China's chief representative for economic and commercial cooperation, Mr Lin Zhiyong.

The work is being financed by China through a $US 66.2m loan and grant agreement signed earlier this year.

Mbikusita-Lewanika says funds provided by China to the Tanzanian and Zambian governments under 15 different protocols will keep the railway in operation over the next three years while the two African governments complete a desperately-needed programme of recapitalisation, reconstruction and restructuring.

Tazara has received regular financial support from the Chinese government in the form of interest-free loans dubbed 'protocols of economic and technical cooperation.' Once completed, the projects in the 14th and 15th protocols will bring much-needed additional capacity, doubling the number of locomotives in service by 2015.