CHINA Export-Import (Exim) Bank has agreed to provide Tanzania with a $US 7.6bn loan to build around 2200km of new standard-gauge railway linking Dar es Salaam with cities in central and western Tanzania. 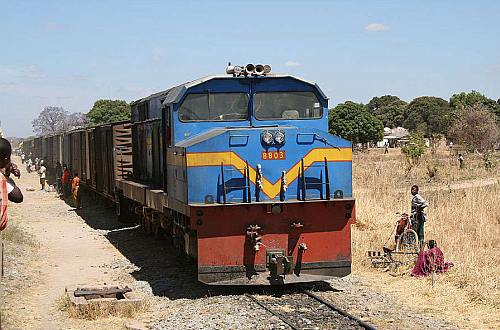 The loan was agreed on July 20 following talks in the capital Dodoma between the Tanzanian president Dr John Beer Magufuli and the president of Exim Bank Mr Liu Liang. Magufuli assured Liu that construction will start during the current financial year using Shillings 1000bn ($US 457m) of local funds which have been allocated to the project in the state budget.

The new railway will run west from Dar es Salaam via Dodoma to Tabora and Kigoma on Lake Tanganyika. There will be a branch running north from Tabora via Isaac to the port of Mwanza on Lake Victoria, and a line from Isaac via Keza to Musongati in neighbouring Burundi. There will also be a branch running southwest from Tabora via Mpanda to Kalemela.

The standard-gauge railway would broadly follow the same route as the existing metre-gauge railway operated by Tanzania Railways Corporation which links Dar es Salaam with Tabora, Kigoma and Mwanza.