TWO contracts valued at $US 9bn have been awarded by the Tanzanian government to Chinese civil engineering companies to construct two new standard-gauge railways, one linking the country to Burundi and Rwanda, and the other connecting mines to a port. 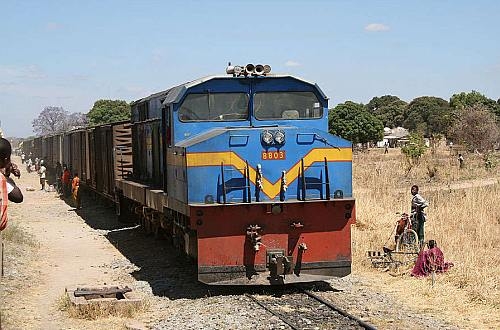 China Railway Materials will lead a consortium in a $US 7.6bn project to build a 2561km line from Dar es Salaam to its land-locked neighbours of Burundi and Rwanda. This would be the first railway to be built in the latter two countries.

According to Tanzania's transport minister, Mr Samuel Sitta, the Chinese consortium will arrange 10% of the funding, while Rothschild is responsible for funding the rest of the project through a number of banks. Sitta says that a ground-breaking ceremony will take place before the end of June.

The second project involves constructing around 1000km of new railway at an estimated cost of $US 1.4bn to connect iron-ore and coal mines being developed by a Chinese consortium to the port of Mtwara which is in the south of Tanzania near the Mozambique border. A framework agreement to build the railway has been signed with China Railway No 2 Engineering Group.

These new lines will add to Tanzania's existing railways which comprise a 2707km metre-gauge network operated by Tanzania Railways and the 1067mm-gauge Tazara line to Zambia.