EGYPT's National Authority for Tunnels (NAT) has awarded a consortium of Vinci Construction Grand Projets, Bouygues Travaux Publics and Egyptian partners Orascom Contruction and Arabco Contractors a contract worth around €1.1bn to carry out civil works on the third phase extension of Cairo metro Line 3. 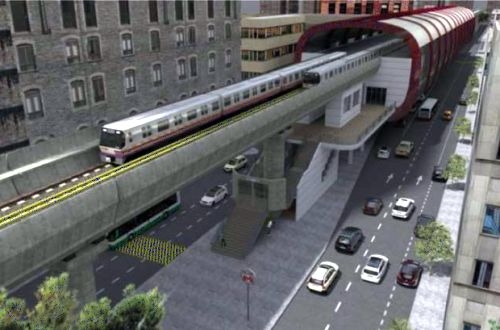 The 67-month contract was signed in Cairo on April 17 in the presence of French president Mr François Hollande and his Egyptian counterpart Mr Abdel Fattah el-Sisi.

The following day NAT signed a further contract worth around €60m with a consortium of Systra, Egis Rail, and Egyptian engineering consultants ACE and EHAF for general consultancy services which was signed at a ceremony in the city on April 18.

A €187m contract for signalling, telecommunications and electrical and mechanical works was signed last November.

Phase 3 is due to be completed in 2022, and involves extending Line 3 by 17.7km west from Attaba to Kit Kat Square with branches continuing south to Cairo University and north via Embaba to Rod El-Farag.

The extension will add 15 stations to the network and is forecast to increase traffic on Line 3 to more than 1.5 million passengers a year.

The Vinci-Bouygues consortium is already working on the 5.7km Phase 4a eastern extension of Line 3 under a contract awarded in February 2015.