THE governments of Mali and Senegal have signed contracts worth a total of $US 2.7bn with China Railway Construction Corporation (CRCC) for the reconstruction of the 1286km metre-gauge line from the Malian capital Bamako to Dakar on Senegal's Atlantic coast. 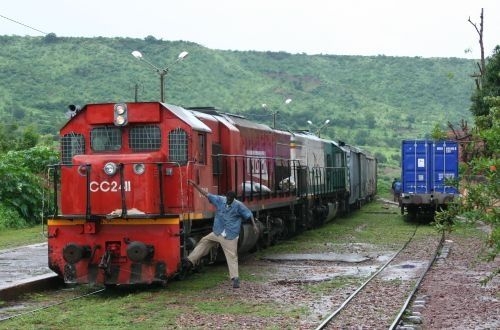 A freight train from Senegal arrives at Kati, near Bamako, in September 2010.
Photo Credit: Thomas Kautzor

The $US 1.26bn Senegalese element of the project covers the rehabilitation of the 645km line from Dakar to Tambacoundra and the Malian frontier near Kidira. In Mali, CRCC will upgrade 641 route-km at a cost of $US 1.47bn.

Mali's transport minister Mr Hachim Koumare told a state-owned radio station that the project will raise the maximum speed for passenger trains from just 20km/h to 100km/h and 80km/h for freight trains.

The project will be financed by China and implementation is expected to take around four years.