THE first of 21 diesel-electric locomotives was officially handed over by CRRC Qishuyan to Nigeria’s minister of transport, Mr Rotimi Amaechi, in China on October 17. 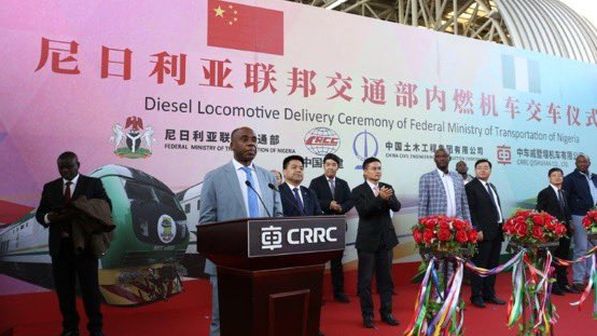 The hand over ceremony at CRRC-Qishuyan of the first locomotives for Nigeria.

The contract was awarded in January to CRRC Qishuyan by China Civil Engineering Group which is constructing new standard-gauge lines in Nigeria.

The locomotives will be used on the 186.5km standard-gauge line linking the capital Abuja with Kaduna, as well as on the new Lagos - Ibadan line which is due to open next year.