The contract also covers the maintenance of the 65km 10th of Ramadan/New Administrative Capital (NAC) line. 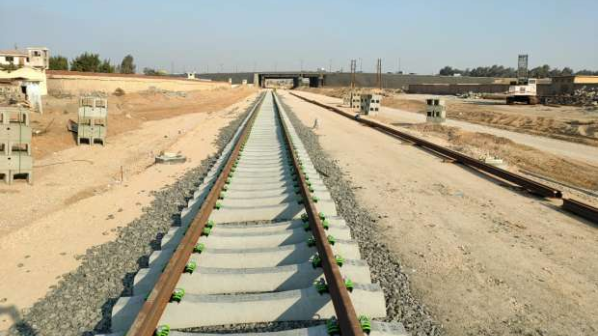 EGYPT’s National Authority for Tunnels (NAT) has awarded a 15-year contract to RATP Dev, a subsidiary of the Paris Transport Authority (RATP), for the operation and maintenance of the 65km, 11-station Adly Mansour - 10th of Ramadan/New Administrative Capital (NAC) line.

The contract will run until 2036 and includes an option for a five-year extension until 2041. RATP Dev was previously awarded a separate 15-year contract by NAT to operate and maintain Cairo Metro Line 3 in September 2020.

The line, which is split into two phases, is due to be commissioned in the fourth quarter of this year. The line will run east from an interchange with Cairo Metro Line 3 at Adly Mansour station in Al Salam City along the Ismailia Highway, through Shorouk, New Heliopolis City, Badr City and Robaikey, from where it continues south to the NAC. A branch east of Badr will serve 10th of Ramadan City.

The planned Phase 3 will extend the line to 90km, running from the NAC south via the State Strategic Command Centre, Olympic Games City, to a new interchange with the planned Alamein City - Ain Sokhna high-speed line.

The line is being built by a consortium of China Railway Group and Avic International under a $US 1.24bn contract awarded in August 2017. A joint venture of TSO and Orascom Construction is responsible for tracklaying under a $US 112.5m sub-contract while CRRC Qingdao Sifang is supplying a fleet of 22 120 km/h six-car EMUs for the line.

RATP Dev Mobility Cairo plans to recruit a minimum of 90% Egyptian employees to operate the line. Some staff training will take place abroad, as well as at a new training centre that RATP Dev will create in Cairo.