EGYPT is to revive plans for a high-speed line linking the Mediterranean coast with the country's far south, according to transport minister Mr Ibrahim El-Demeiry, who has described the project as "a top priority" for the interim government. 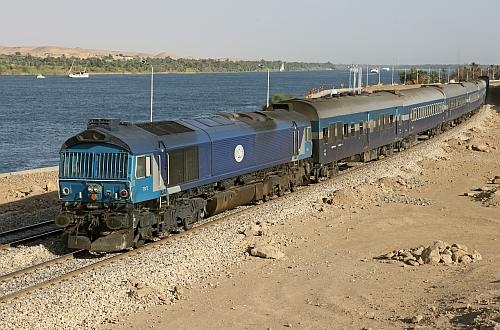 El-Demeiry says bids will be invited soon for the construction of the line, which would run for 1200km from Alexandria via Giza, Asyut and Luxor to Aswan when all phases are completed.

The project had been shelved since the Egyptian government commissioned a technical study in 2009 from Italferr, the international engineering consultancy arm of Italian State Railways (FS).

The government says the first 200km phase from Alexandria to Giza could be completed in three years. The second and third stages, from Giza to Asyut and Luxor, are around 400km each.

The main aims of the proposed network, which would have a commercial speed of up to 350 km/h, are to attract investment and boost tourism.

El-Demeiry says the government is considering selling shares to the public to help finance the project, which will cost an estimated $US 10bn.

Last year Egypt's Railway Authority made a loss of $US 57m, a drop of 34% compared with 2012. This was due to the almost total suspension of passenger services in July following the removal from office of the country's president Mr Mohamed Morsi.