KENYA’s National Environment Tribunal has suspended the construction of the $US 1.5bn standard-gauge railway line extension from Nairobi to Naivasha. 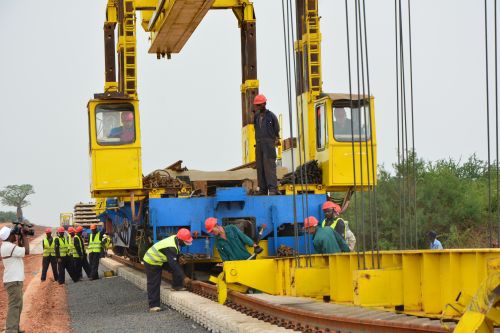 A group of environmental organisations and activists filed a petition with the Tribunal claiming an environmental impact assessment had not been carried out for the 120km Nairobi – Naivasha section which is part of the second phase of the 489km Nairobi - Malaba railway project.

This is the second time in less than two months that work has been suspended on this section which is contracted to China Road and Bridge Corporation. In August Mr Irungu Nyakera, principal secretary in the Ministry of Transport, stopped the project claiming the government had not yet approved the route for the new line, which is being financed by Exim Bank of China.

“The Tribunal directs that all activities relating to the project in question must be stopped until the appeal is heard and determined by the Tribunal,” the Tribunal said in an order issued on September 19.

Environment principal secretary of the Ministry of Environment Mr Charles Sunkuli, the director-general of the National Environmental Management Authority Mr Geoffrey Wahungu, and the Kenya Railways Corporation managing director Mr Atanas Maina have been directed to respond to the application within 21 days.

The environmental groups led by the Kenya Coalition for Wildlife Conservation and Management, claim that Kenya Railways Corporation and China Road and Bridge Corporation have illegally commenced tunnelling of some sections of the route and approved the construction of the railway through Nairobi National Park and densely-populated areas in Kajiado County near Nairobi.