ETHIOPIAN Railway Corporation (ERC) announced at the beginning of July that construction on a new line linking the Addis Ababa - Djibouti standard-gauge railway with the north of the country is making good progress. 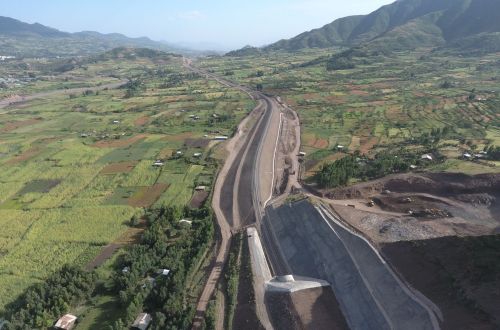 Turkish construction company Yapi Merkezi began work on the 375km Awash - Kombolcha - Weldiya line/Hara Gebeya line in February 2015 and the project is now 57%-complete. By the end of June 250km of track had been laid and ERC expects the first test run to take place at the southern end of the line next month.

The project includes the construction of 12 tunnels totalling 10km, as well as 65 bridges, and 824 culverts.

To the north of Weldiya, construction of the 268km line to Mekele was 46%-complete at the end of June. The line is being built by China Communication Construction Company (CCCC) under a $US 1.5bn contract awarded by the Ethiopian government in 2012. Construction began in February 2015.