THE first 17 Alstom Coradia Polyvalent bi-mode multiple units for Algerian National Railways (SNTF) was unloaded at the port of Algiers on January 28 after completing its voyage across the Mediterranean. 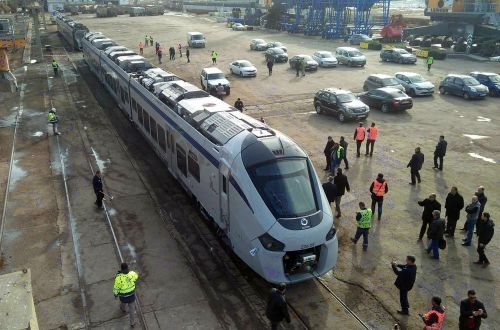 SNTF awarded Alstom a contract worth around €200m in July 2015 to supply the fleet of 17 diesel/25kV ac electric inter-city trains, which are being built at the company’s Reichshoffen plant in eastern France. Each 110m-long six-car set will seat 254 passengers, including 60 in first class.

The trains are being moved by rail from Reichshoffen to the port of Savona in Italy for shipment to Algeria. The remaining 17 sets are due to be delivered to Algeria by July.