A GE-led consortium signed an agreement with the Nigerian federal government in Washington D.C. on April 27 to proceed with the interim phase of the country’s narrow-gauge railway concession. 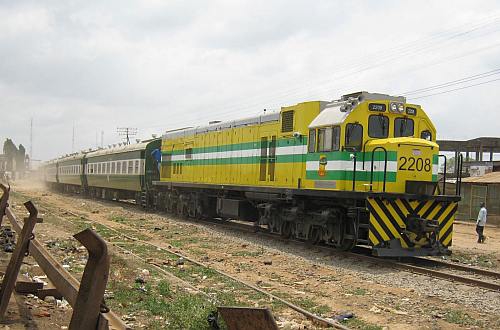 GE says remedial work will be carried out on the 3505km network during the 18-month interim phase to make the system “technically and economically operable.”

The consortium will also form a joint operation with NRC for the expansion of the locomotive and rolling stock fleet. Ten GE C25EMP locomotives supplied to NRC in 2010 but now in a state of disrepair will be returned to service. In the meantime, Transnet 10 GE U15 locomotives will be leased from Transnet until rehabilitation of the C25s is completed.

In addition, 200 flat wagons will be delivered for palletised or containerised freight.

The aim of the interim phase is to increase freight capacity from less than 50,000 tonnes a year to around 500,000 within 12 months.