RAILSERVE, United States, has despatched six Dual-Leaf genset locomotives from Houston to Libreville, Gabon, for use by Transgabonaise Exploitation Company (Setrag) as part of a project to modernise its railfreight operations. 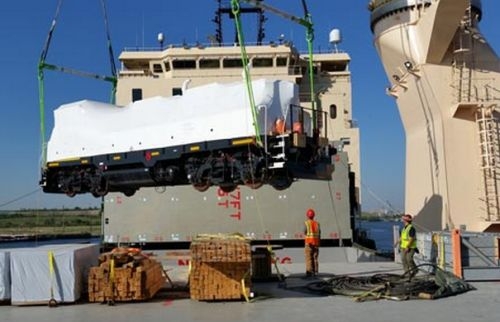 The standard-gauge switching locomotives are based on Railserve's Leaf design but modified for operation in Gabon. Each unit is powered by two Cummins QSX15 gensets which are designed to consume less fuel and produce lower emissions than a standard diesel-electric locomotive while maintaining the same performance. In addition, Dual Leaf can run on only one genset under lighter loads. The locomotives have been fitted with SA-3 couplers, modified ploughs, and French signs.

When the locomotives arrive in Africa, they will be commissioned and put into service by Railserve in cooperation with Setrag staff.