GHANA's junior transport minister Ms Joyce Mogtari says that a contract to rebuild the 330km eastern railway corridor will be awarded by the end of the year. 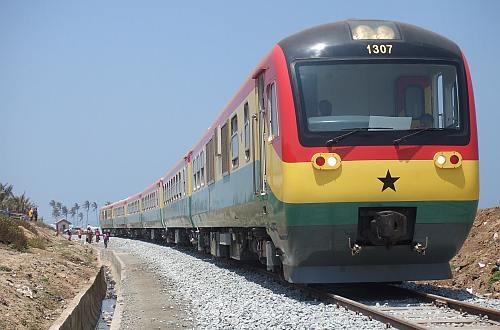 The project involves reconstruction of the 1067mm-gauge railway, converting it to standard gauge, strengthening and widening bridges and culverts, and rehabilitation of signalling and telecommunication systems.

PWC was appointed by the Ministry of Transport in July 2014 as transaction advisors for a joint project to rehabilitate the railway connecting the port of Tema, east of Accra, with Nsawam and Kumasi and develop an inland port at Boankra. The transport minister, Mrs Dzifa Attivor, said at the contract signing that the projects would be developed as public-private partnership (PPP) schemes.

PWC is working on the financial and economic models with World Bank funding, and will prepare bidding documents by the fourth quarter of this year.

The project is part of Ghana's Railway Master Plan which envisages expanding the existing 953km network, which is only partially operational, to around 4000km.