THE president of Togo Mr Faure Gnassingbé and his Ghanaian counterpart Mr John Dramani inaugurated the first rail connection between the two countries on November 27, when they officially launched a 3km link between the Togo National Railways (SNCT) network in the capital Lomé and Aflao in Ghana. 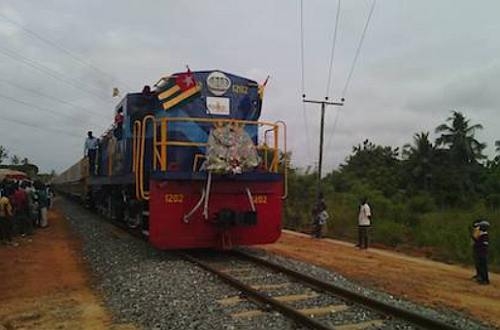 The metre-gauge line provides the Diamond Cement plant at Aflao with a direct rail link to the port of Lomé.

The $US 8m project was jointly financed by Togo's Wacem Group and Diamond Cement. All services on the line will be operated by SNCT.