NIGERIA's militant Islamist Boko Haram insurgency, which has wreaked havoc across the country through bombings, assassinations and abductions, is threatening to delay the completion of the $US 427m Port Harcourt - Maiduguri railway rehabilitation project. 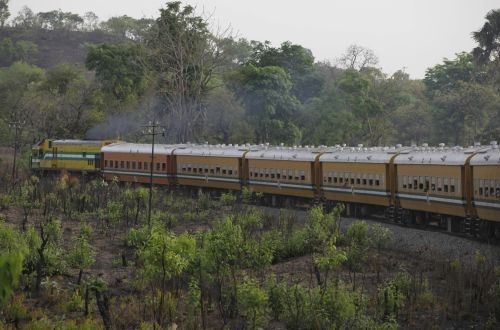 Nigeria's transport minister Mr Idris Umar says that while 90% of the work on the 1657km, 1067mm-gauge corridor is now complete and the railway should reopen in December, the final 640km Kuru - Bauchi - Gombe - Maiduguri section, which links the northern states of Borno and Yobe to the network could be delayed due to what Umar says is the "obvious security challenges we have around the states."

The government suspended all work on the railway in Maiduguri in August following activities by the insurgents in the area, but Umar has issued assurances that the railway will open in some form by December, 30 years after trains last operated on the route.

Lingo Nigeria is carrying out the work under a $US 147m contract, one of three awarded for the project in April 2011. Eser West Africa is responsible for the 463km Port Harcourt – Maikurdi section under a $US 123m contract, and China Gezhouba Group secured a $US 157m contract for the 554km Makurdi – Kuru section, which includes branches to Jos and Kafanchan.

"We have every assurance from the contractor and all supervising engineers on site that by the end of November, latest by December this year, that the train will start moving from Port Harcourt to Gombe and indeed beyond Gombe," Umar says.

According to Nigerian press reports, Nigerian Railways Corporation has purchased six new air-conditioned coaches, each with capacity for up to 68 passengers, five of which will be deployed on the line. It has also reportedly purchased 25 locomotives from General Electric and refurbished 366 coaches and wagons.

In addition it has also invested Naira 4.1bn ($US 25.3m) to acquire two three-car DMUs from CSR Nanjing (pictured), which will be deployed on mass transit services in Lagos. The vehicles feature power cars at either end and utilise two 894kW Cummins diesel engines and a 123kW Cummins generator for auxiliary power. CSR is also maintaining the DMUs under a three-year contract.