KRC will take over all operations on the line from May 2022. 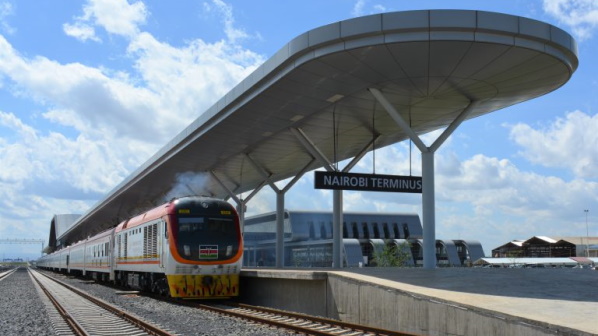 Under the agreement, KRC will gradually assume operation of the SGR until it is responsible for all operations and maintenance in May 2022, with some phases already completed. “We have taken over the security, ticketing and fueling services,” says KRC chairman Mr Omudho Awitta.

The contract between KRC and Afristar included a provision for the revision or termination of the contract every five years. KRC chose not to continue the contract at the end of the current five-year period ending in May of this year.

Afristar, which is owned by China Road and Bridge Corporation (CRBC), a subsidiary of the majority Chinese state-owned China Communications Construction Company (CCCC), was awarded a 10-year operation and maintenance contract for the 592km SGR by KRC in 2017.

CRBC was the main contractor in the construction of the $US 3.2bn Mombasa - Nairobi section of the SGR while CCCC developed the 120km Nairobi - Naivasha SGR line at an estimated cost of $US 1.5bn. Both SGR sections were financed by the Exim Bank of China.

The Kenyan government had indicated in mid-2020 that KRC owed Afristar more than $US 340m in operation and maintenance fees. A parliamentary transport committee report released in September recommended a programme of reforms to reduce losses on the line, including the immediate renegotiation of operating costs with Afristar, which it said should be reduced by 50%. It is not currently clear whether Afristar will object to the termination proposal until the arrears are cleared.

KRC reported $US 136m in revenue from freight and passenger services in 2019.