THE Kenyan parliament's Public Investment Committee (PIC) has halted a $US 41m contract awarded to a consortium led by China's Third Railway Survey and Design Institute (TSDI) to supervise construction of the Nairobi – Mombasa standard-gauge line. 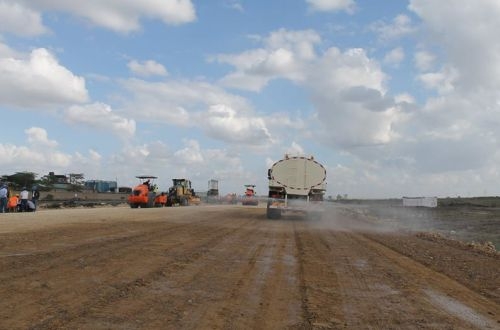 The PIC has been investigating the contract over irregularities in the way it was awarded, and it wants the tender to be cancelled and has recommended the prosecution of Kenya Railways Corporation (KRC) managing director Mr Atanas Maina and members of KRC's tender committee for ignoring a directive by parliament to procure the supervision contract through a competitive process.

"There is a clear, real and present threat that the construction of the standard-gauge railway will suffer from lack of truly independent supervision, especially in terms of quality guarantee and adherence to quality specifications," the PIC says. "This is the reason why the committee, in its report of April 2014 and which was adopted by parliament, recommended for the procurement of an independent consultant."

The PIC claims there is a conflict of interest in the contract because TSDI and China Road and Bridge Corporation (CRBC), which was appointed to build the $US 3.6bn line, are both owned by the Chinese government. "The arrangement raises serious and fundamental constitutional and statutory questions," the PIC says.

The TSDI consortium, which includes Kenyan Apec Consortium and Edon Consultancy International, was awarded the supervision contract in June.

"Officers culpable in the irregular procurement of an independent consultant for the standard-gauge railway can be surcharged for losses that the government and Kenya Railways Corporation may have incurred as a result of their action in the procurement process," the PIC says.

It claims the $US 41.18m bid by TSDI is questionable considering that it was almost half of the $US 73.9m submitted by Team Engineering and the $US 87.3m bid by Korean Railway Network Corporation.

"TSDI/Apec/Edon deliberately quoted a low figure of $US 41.18m in anticipation of benefiting from an amount of $US 9.4m, which was hidden in the main contract between KRC and CRBC," the PIC says.