ALGERIAN transport minister Mr Amar Tou officially inaugurated the first light rail line in the city of Oran on May 1 in the presence Mr Abelmalek Boudiaf, the Wali of Oran. 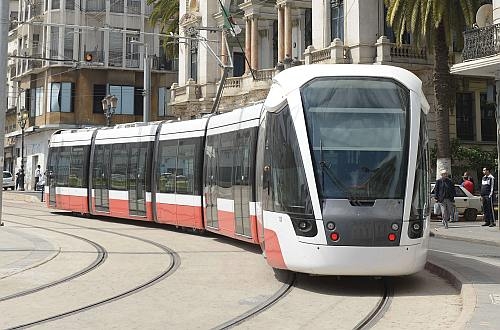 Commercial services began on May 2 on the 18.7km line, which operates between 05.00 and 23.00 every day and is expected to carry around 90,000 passengers per day. Services are operated by a fleet of 30 Alstom Citadis 302 low-floor LRVs, which were assembled at Alstom's Santa Perpètua de Mogoda plant near Barcelona.

The 32-station line is operated by Setram, a joint venture between Paris Transport Authority subsidiary RATP Dev and Algiers Metro (EMA) and Algiers Public Transport (ETUSA). RATP Dev is the majority shareholder in the company with a 49% stake, while EMA holds 30% and ETUSA the remaining 21%. Setram also has contracts to operate the eastern line of the Algiers light rail network and the first tram line in the city of Constantine, which is due to open later this year.