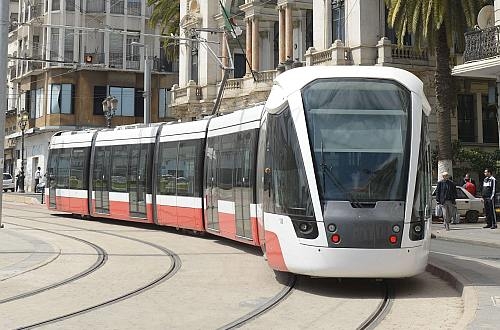 Alstom's share of the contract is worth €85m and the vehicles will be assembled at Cital's facility in Annaba in eastern Algeria.

Cital was established in 2010 to assemble and maintain Citadis LRVs for new light rail lines in Algerian cities. The joint venture's 46,400m2 facility at Annaba is equipped with a 1km electrified test track and has capacity to assemble five vehicles per month.

The LRVs will be used on the initial phase of the light rail network in Sétif, which is due to open in the first quarter of 2018. Each 44m-long 2.6m-wide bidirectional vehicle will accommodate up to 302 passengers with 12 passenger doors on each side.

A joint venture of Alstom and Turkish construction company Yapi Merkezi was awarded a contract in 2014 to build and equip the 15.2km line from El Bez University to Eastern Maintenance Centre, which will have 27 stations and a commercial speed of 20.3km/h, with peak capacity of 5000 passengers per direction per hour.

More than 230km of light rail lines are currently planned or under construction in 18 Algerian cities.