MAURITIUS Metro Express signed a Rs 18.8bn ($US 572m) design-and-build contract with Larsen & Toubro (L&T), India, on July 31 for the construction of a 26km light rail line linking the island’s capital Port Louis with the town of Curepipe. 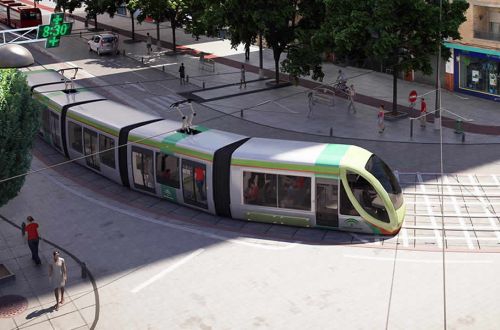 The contract was awarded following a competitive tender and the project is being fully-funded through a grant and line-of-credit from the Indian government.

The contract includes the construction of stations, bridges and viaducts, trackwork, dc electrification, signalling, and depots. L&T will also procure a fleet of 30 LRVs, fare collection and passenger information systems.

Metro Express will serve 19 stations, two of them elevated, and will link three bus interchanges, enabling connections to towns and villages across the island.

Preliminary works began in March and major construction will start next month. The initial 13km section of the route from Port Louis to Rose Hill is scheduled to open in 2019, with the reaminder of the line to Curepipe due for commissioning in 2021.