THE board of Moroccan National Railways (ONCF) approved a capital budget of Dirhams 7.5bn ($US 780m) for this year at a meeting in Rabat on February 19, which was chaired by minister for infrastructure, transport and logistics Mr Aziz Rabbah. 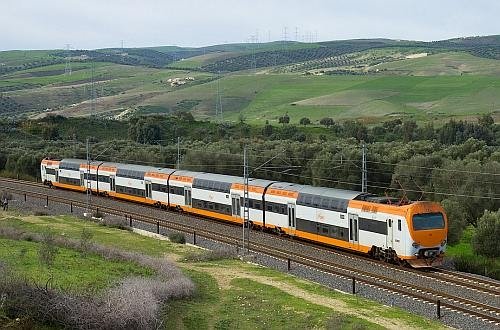 More than half of the budget, Dirhams 4bn, is allocated to the 200km Tangiers – Kenitra high-speed line, which is currently under construction, while the remaining Dirhams 3.5bn will be used for enhancements on the conventional network. These include construction of a third track on the Kenitra – Casablanca line, track doubling on the Settat – Marrakech line, station modernisation, refurbishment of existing rolling stock and acquisition of new trains, and improvements to safety and security.

ONCF director general Mr Mohamed Rabie Khlie said that the planned investments are in line with the government's 2015 finance act and the provisions of ONCF's 2010-15 contract with the state.