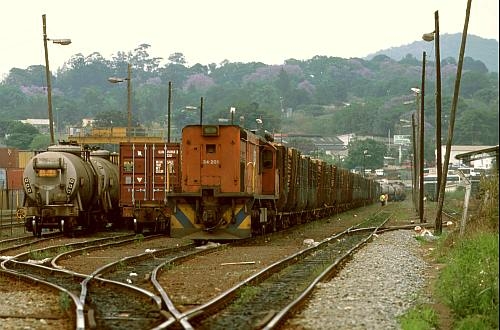 Feasibility studies will begin next year on the 1067mm-gauge line, which will relieve the increasingly-congested Ermelo-Richards Bay heavy-haul corridor. The new line will primarily be used by general freight traffic, releasing paths for coal trains on the existing route through the Overvaal tunnel, but it will be built for 26-tonne axleloads to permit the operation of heavy-haul coal trains.

The project involves upgrading Transnet's line from Davel to Ermelo and Lothair, where trains will run onto a new 146km alignment which will cross the border to join the existing Swaziland Railways line from Matsapha to Phuzumoya at Sidvokodvo. The 345km Sidvokodvo - Richards Bay line, and the 154km line from Phuzumoya to Maputo in Mozambique will also be upgraded. The existing lines currently have a maximum axleload of 18 tonnes.