THE board of Moroccan National Railways (ONCF) has set an investment budget of Dirhams 7.13bn ($US 709m) as it seeks to accommodate further growth in freight and passenger traffic and enhance the quality of its services. 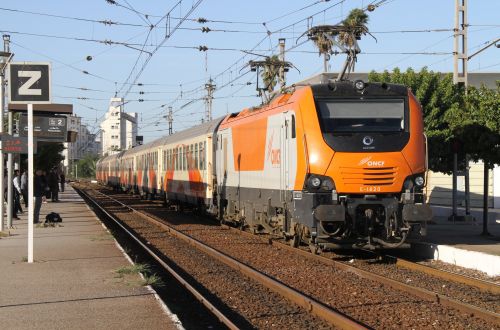 Preliminary figures indicate ONCF carried 39 million passengers and 28 million tonnes of freight in 2016. The 2017 budget anticipates a 3.3% increase in passenger numbers and a 2.3% increase in freight volumes this year.

The investment budget allocates Dirhams 2.09bn to the Tangiers - Kenitra high-speed line, which is now 86%-complete, while Dirhams 5.06bn will be spent on the modernisation of the conventional network. Other key projects already underway include the construction of a third track on the Kenitra - Casablanca line, track-doubling on the Casablanca - Marrakech line, elimination of level crossings, construction of new stations and a network of logistics centres.