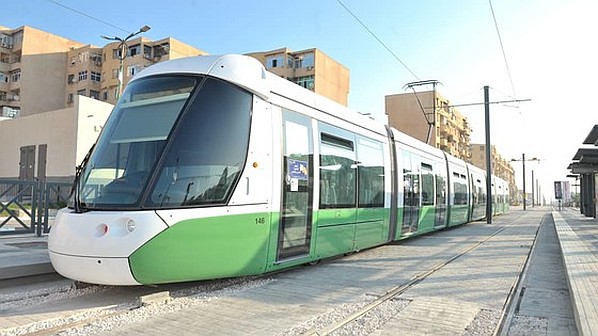 Phase 2 of the Constantine light rail opened at the end of September.
Photo Credit: Alstom.

Phase 2 is the section from Abdelhamid Mehri University to Ennasr and has been completed by the Alstom-Cosider consortium under a turnkey contract awarded by  EMA in July 2015.

The 6.9km Phase 1 extension opened in June 2019, and that connects Zouaghi station to the new city of Ali Mendjeli.

The initial 8.1km line was inaugurated in July 2013 and operates from Benabdelmalek to Zouaghi.