THE administrator of the troubled Passenger Rail Agency of South Africa (Prasa), Mr Bongisizwe Mpondo, says “steady progress” has been achieved since his appointment four months ago, although some initiatives are being hampered by the coronavirus pandemic. 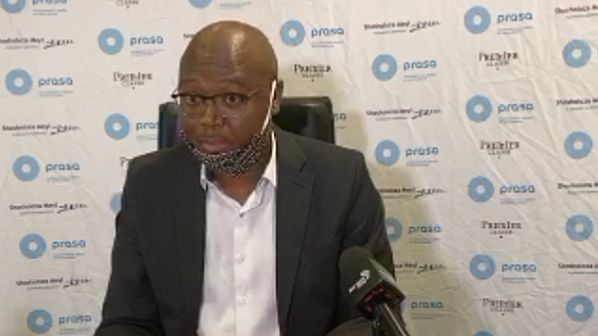 Speaking via Twitter on May 7, Mpondo outlined how he is trying to “bring a semblance of order” to what he describes as a “broken business” due to the “systemic erosion of value the business has experience over a number of years.” Mpondo says that “there remains a lot of work to do.”

Since January, an Exco structure has been established supported by five sub-committees all of which meet every two weeks. Mpondo has also appointed a team of five technical advisers recruited from government departments, a state research institute and industry.

Mpondo says most executive vacancies have been filled and the following appointments will be made this month: Prasa Rail CEO, Prasa Tech CEO, Autopax (bus) CEO, chief information officer and company secretary.

Partnerships have been formed with national freight operator Transnet, traction power supplier Eskom to tackle cable theft and monitor substations and renegotiate tariffs, and the South African Police Service to improve protection of stations and rail infrastructure. Mpondo says criminals have been arrested during the last few weeks. “We are going to escalate efforts to keep these unscrupulous criminals away from our assets and those that do happen to lay their hands on our infrastructure will experience the full might of the law,” he says.

As part of the administrator’s plan to root out corruption within Prasa, 12 senior members face disciplinary action and instances of possible corruption will be handed over the National Prosecuting Authority. Prasa will conduct lifestyle audits of all finance and supply chain employees and the top 300 managers, and so far the names of 186 senior employees have been put forward to the South Africa’s State Security Agency for vetting.

“Over the past 10 years we have seen a steady and a sharp decline in fare revenue which has necessitated an increase in the operating subsidy,” Mpondo says. “On the other hand, our expenses have increased unabated. Furthermore, it has been an accepted practice at Prasa to budget for a deficit. This is the dire situation we are earnestly seeking to reverse.” Mpondo says while initiatives are underway to increase revenue over time, particular attention is being to reducing costs across the board.

A review of Prasa’s operating model confirms that structural impediments have worsened since Prasa was set up to operate commuter and long-distance passenger services in 2009. The administrator plans to streamline functions and put forward final recommendations at the end of May.

“The process I have outlined seeks to change this unacceptable budgeting culture and this is one of the very important elements towards creating a sustainable business model,” Mpondo says.

However, Prasa estimates a Rand 199m ($US 10.8m) loss in revenue in April and May due to the coronavirus lockdown, and a revenue loss for the whole year of Rand 757m.

Prasa has reviewed its programme to recover commuter rail services on the Central Line corridor in Cape Town and the Mabopane corridor in Johannesburg due to the coronavirus lockdown, the fencing programme and increased theft and vandalism, while the Central Line has been severely impacted by illegal settlements. Buses were due to provide an interim service from August but this has now been pushed back to November. This means a limited train service will now resume in February or March 2021 with full services restored in August 2021.

Meanwhile eight EMUs have been transferred to the Western Cape, and four new trains were accepted from the Alstom-led Gibela consortium between January and  March.

Mpondo says Prasa has not delivered on its own capital investment programme during the last two years which has had a detrimental effect on operations and the supply industry resulting in a “lose-lose situation.” Prasa now plans to go out to tender for a range of projects worth Rand 7bn during the 2020-21 financial year. This includes: