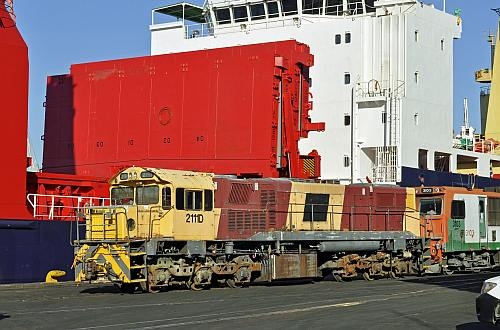 QR National has declined to release any information about the shipment, and there are believed to be confidentiality clauses in the sale agreement that prevents their buyer being disclosed.

However, it has been reported that Transnet Rail Engineering (TRE) has been contracted to rebuild units at its Koedoespoort and Bloemfontein facilities for future resale, and seven locomotives are destined for African Rail & Traction Services (AR&TS) workshops near Pretoria. A third destination in South Africa cited for some of the locos at the time of arrival was RRL Grindrod, also in Pretoria.