THE Kenyan government has told a High Court hearing that Rift Valley Railways (RVR), which has a concession to operate the metre gauge Kenya-Uganda Railway, must continue to pay a road maintenance levy for highway maintenance even though it is a purely railway operation. 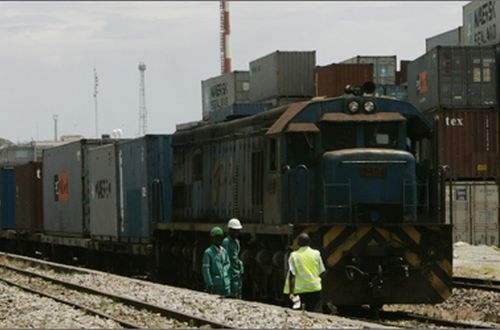 The government's chief legal advisor Mr Githu Muigai told High Court Judge Mr Justice Isaac Lenaola that a law suit filed by RVR contesting the road levy is illegal because every road or rail operator in Kenya is required by law to pay the 10 US cents per litre levy on petrol or diesel fuel for road maintenance. RVR is seeking a refund of the $US 13m it has paid in road levy during the past four years.

"RVR will not be running its trains on the road network, making it unfair, inequitable, unjust and manifestly unconstitutional to continue subjecting it to the levy charged on the diesel it purchases for powering locomotives used on rail tracks," the concessionaire had earlier told the court. The court will give further direction on the dispute on June 9.

RVR pays an estimated $US 1m per month fuel levy to the Kenya Revenue Authority which it says has contributed to its losses. The concessionaire says it transported nearly 1.9 million tonnes of railfreight in 2014, up from 1.2 million tonnes in 2013.