THE president of Rwanda Mr Paul Kagame and his Tanzanian counterpart Mr John Magufuli signed an agreement in Dar es Salaam on January 14 pledging to press ahead with the construction of a standard-gauge line which will connect landlocked Rwanda with the Indian Ocean. 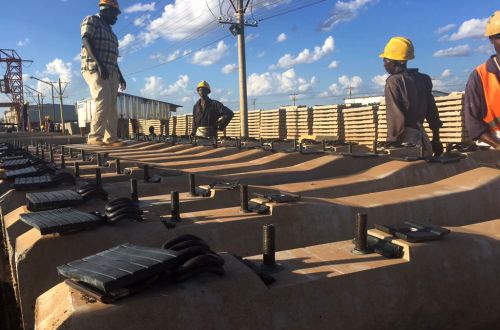 The 407km line will start in the Rwandan capital, running southeast via Bugesera, Rusumo and Keza to Isaka, where it will meet the Tanzanian standard-gauge network.

Tanzania plans to build a 2190km standard-gauge system which will ultimately connect the port of Dar es Salaam with both Rwanda and the neighbouring landlocked state of Burundi.

Civil works are now underway on the Dar es Salaam - Morogoro stretch and a contract for construction of the 336km section from Morogoro to Makutupora near the capital Dodoma was awarded last October.

The bilateral agreement between Rwanda and Tanzania envisages the laying of a foundation stone for the $US 2.5bn Kigali - Isaka line later this year, although no timescales have been disclosed for procurement or construction.

Reducing transport costs are a key economic priority for the Rwandan government. The cost of transporting a 20ft container from the coast to Kigali is currently around $US 4990, significantly more than the sub-Sahaharan average of $US 2504.