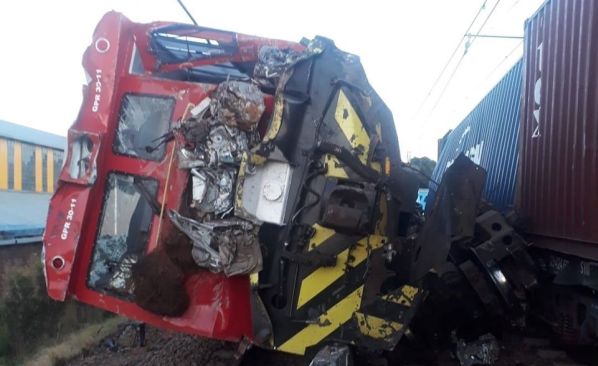 This follows the completion of RSR’s preliminary investigation into a collision between a Prasa train and a freight train at Horison to the west of Johannesburg on February 12, which resulted in one death and several injuries. According to South Africa’s United National Transport Union, the preliminary investigation confirms the two trains were manually authorised onto the section and that the Prasa train was travelling at 60km/h at the time of impact.

“This exceeds the 30km/h speed restriction imposed on a line that is operated under manual authorisation,” RSR spokesperson Madelein Williams was reported as saying by News 24. “Furthermore, the inquiry indicates that both trains were manually authorised by the Maraisburg Central Traffic Control Centre and the authorities for both the goods and passenger trains were not countersigned by the section manager. The latter is a serious contravention of a special condition that was issued to Prasa by the RSR upon the issuing of the current temporary operating permit.

“Prasa was placed under judicial supervision and ordered by the court to comply with the conditions imposed on the operating permit,” Williams continued. “According to this special condition, all manual authorisation must be countersigned by the section managers.

“The safety of commuters and the workforce is our utmost priority. RSR will ensure that Prasa honours this prohibition and manages it in such a manner that improves levels of safety before the RSR will lift the prohibition. RSR, therefore, recommends a board of inquiry with the main objective of determining the facts of the occurrence, the immediate and underlying causes, and will make recommendations with the intent to prevent or reduce the risk of similar occurrences.”