SWIFAMBO Rail Leasing, South Africa, has awarded a €250m contract to Vossloh for 70 electro-diesel passenger locomotives which will be leased to the Passenger Rail Agency of South Africa (Prasa) to haul passenger trains. The contract includes options for a minimum of 10 additional units as well as to maintain the fleet. 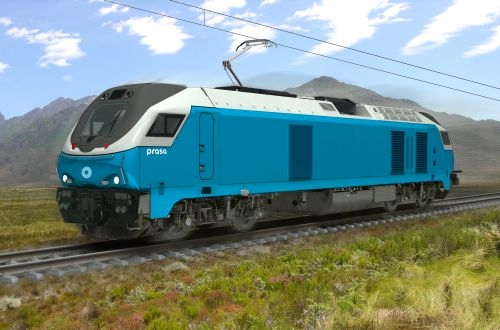 Vossloh will supply its EuroDiesel, a Bo'Bo' locomotive which is able to run under diesel or electric power on lines electrified at 3kV dc. It has a maximum speed of 140km/h and under diesel traction an output of 2.8MW.

Delivery will start in the second quarter of 2014 and should be completed by the end of 2016.

Vossloh won an order in September for 10 EuroDual locomotives from Beacon Rail Leasing which will lease them to British open-access freight operator Direct Rail Services.