THE first batch of coaches for the Mombasa - Nairobi Standard-Gauge Railway (SGR) line arrived at the port of Nairobi on January 29. 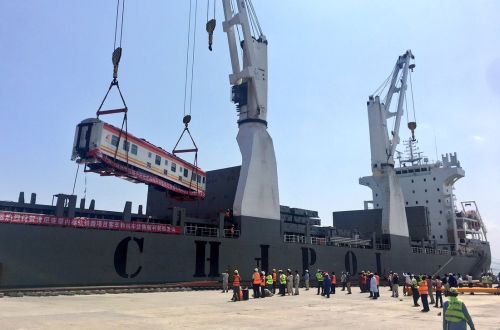 According to Kenya Railways Corporation (KRC), the initial batch of 32 vehicles includes 23 second class and five first class coaches as well as two baggage cars, a generator car and a track inspection vehicle. Each second class coach will accommodate 118 passengers, while the first class vehicles will seat 72. The vehicles are air-conditioned and equipped with passenger Wi-Fi.

The delivery also included two DF11 passenger locomotives for the SGR. So far KRC has received 10 of the 56 locomotives on order.

Both the locomotives and coaches are being supplied by CRRC Qishuyan, China under a contract awarded by China Railway and Bridge Corporation (CRBC), which is constructing the 472km line.