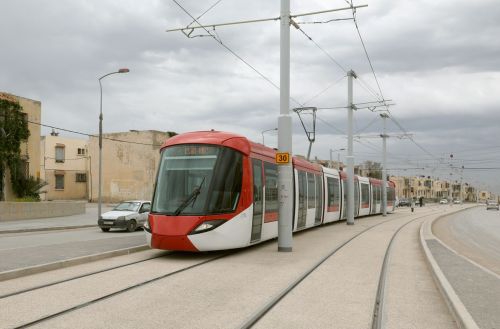 Stage 1 comprises an east-west line linking 11 Décembre 1960 in the east with Djebel Anini Ain Roua in the west, where the line divides with two branches serving University City.

The 26-station line was built and equipped by a joint venture of Alstom and Turkish construction company Yapi Merkezi under a €380m contract awarded in 2014.

The line has a commercial speed of 20.3km/h, with peak capacity of 6000 passengers per direction per hour.

Services are operated by a fleet of 26 bidirectional Citadis low-floor LRVs assembled by the Cital joint venture of Alstom, Algiers Metro Company (EMA), Ferrovial, and Algerian National Railways (SNTF), at its facility in Annaba. Each 44m-long 2.6m-wide vehicle accommodates 302 passengers.