SWAZILAND Railway - one of Africa's smallest state-owned rail networks - celebrated its 50th birthday on Friday by finally getting its own locomotives and wagons. 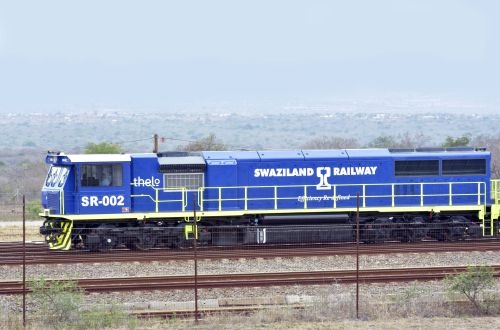 In a $US 17.3m deal, South African rail financier Thelo Rolling Stock supplied the first of four mainline RL30SCC-3 diesel-electric locomotives and 75 Transnet-built ore wagons which will be put to work hauling magnetite trains "and other exports" between Phalaborwa and Richards Bay on the north-south corridor which cuts across Swaziland, a Thelo spokesman said.

The SR locomotives are being jointly supplied by Illinois-based National Railway Equipment Company (NREC) and South African locomotive builder and railway equipment supplier RRL Grindrod. The rolling stock has been supplied to SR on a 10-year lease.

Meanwhile, plans to build a new railway from Lothair in Mpumalanga to connect to the Swaziland network at Sidvokodvo are well advanced as Transnet seeks to relieve congestion on its critical Ermelo -Richards Bay heavy-haul coal line.

The 146km railway will cost an estimated Rand 17bn ($US 1.5bn) and is expected to carry its first trains in 2017. Swaziland Railway will build 96km inside Swaziland, with Transnet constructing the South African portion.