ALGERIAN National Railways and Systra signed a memorandum of understanding to create an Algerian rail engineering joint venture at a meeting of the Algerian-French Economic Joint Committee (Comefa) on October 26, which was attended by Mr Laurent Fabius, French foreign and international development minister, and Algerian industry and mines minister Mr Abdeslam Bouchouareb. 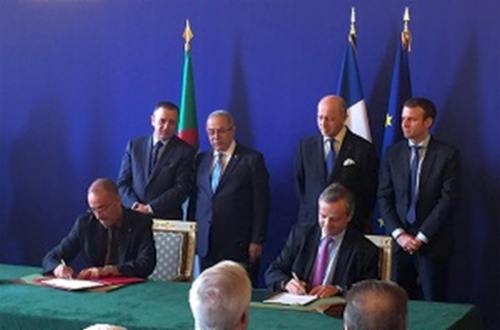 Under the agreement, SNTF and Systra will create a 49:51 joint venture under Algerian law to carry out studies as well as monitor and manage rail projects and systems in Algeria.

Systra says the company will develop local engineering skills with a strong systems technology component, which is essential to support the development and modernisation of a network which is set to grow from around 4000km to 12,000km over the next decade.

The joint venture will draw on local resources and develop Algerian know-how in a number of sectors including electrification and signalling. Around 30 Algerian engineers will be recruited to the joint venture under the MoU, which is part of the engineering plank of a broader co-operation agreement signed between SNTF and French National Railways (SNCF) last month.