Tanzania-Rwanda standard-gauge line to be electrified 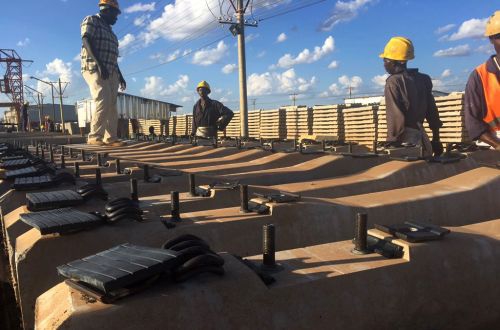 The decision will enable the maximum speed for freight trains to be increased from 100 to 120km/h, while passenger trains will be able to operate at 160km/h instead of 120km/h.

Mbarawa announced the two governments will complete their review of the feasibility study for the new line within one month and will then launch a tender. Mbarawa says he hopes to lay the foundation stone for the $US 2.5bn new line in October.

In Tanzania, civil works are already underway on the first section of its 2190km standard-gauge network from Dar es Salaam to Morogoro and a contract for construction of the 336km section from Morogoro to Makutupora near the capital Dodoma was awarded last October. Contracts are due to be awarded soon for three further sections: Makutupora - Tabora (294km), Tabora - Isaka (133km), and Isaka - Mwanza (248km).