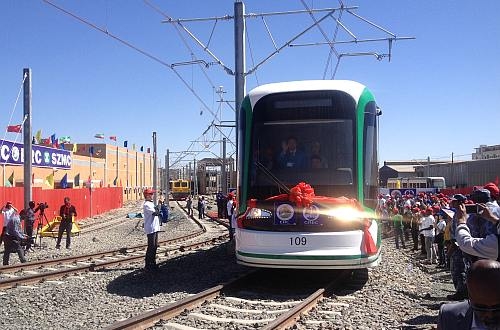 Public services are due to begin in May on the 34km two-line network, which was constructed by China Railway Group.

CNR Changchun, China, has supplied a fleet of 41 70% low-floor vehicles, which have a maximum speed of 70km/h.

China is financing 60% of the $US 400m light rail project, with the remainder coming from the Ethiopian government.

The network will be maintained by China Railway Engineering Corporation (CREC) and Shenzhen Metro Group under a $US 116m five-year contract awarded by Ethiopian Railway Corporation (ERC) last year.