TRANSNET South Africa today unveiled plans to invest Rand 205bn ($US 25.9bn) in rail projects over the next seven years as part of a drive to triple revenues and support booming mineral exports. 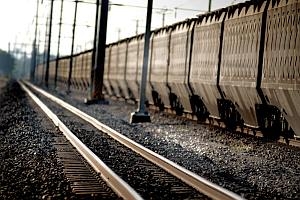 The Rand 300m Market Demand Strategy (MDS) aims to expand South Africa's rail, port and pipeline capacity to generate a significant increase in freight volumes. Export coal traffic will increase from 68 million tonnes to 97.5 million tonnes by 2019, while iron-ore exports will rise from 53 million tonnes to 82.5 million tonnes.
This means significant additional capacity will be required on the Sishen - Saldanha iron-ore line, while the Swazilink project will relieve the congested Richards Bay coal corridor by providing an alternative route through Swaziland for general freight between Ermelo and the port of Richard's Bay, which is expanding rapidly to meet demand.
Transnet Freight Rail (TFR) is already working to increase capacity on heavy-haul lines, and was recently commended by mining giants Anglo American, BHP Billiton, and Kumba for improvements made over the last year. During one week in March TFR carried 2.2 million tonnes of iron-ore on the Sishen - Saldanha line, where three years ago it struggled to achieve weekly volumes of 1 million tonnes.
Transnet says overall railfreight volumes will increase from 200 million tonnes to 350 million tonnes by 2019, and in addition to substantial growth in mineral traffic, TFR will increase its market share of intermodal traffic from 79% to 92% by the end of the decade. According to Transnet, this rapid expansion will make TFR the world's fifth-largest railfreight operator.
The MDS allocates TFR Rand 78bn over the next seven years for new locomotives, and around half of this amount will be spent with local suppliers.
Through the implementation of the MDS, Transnet expects revenues to increase from Rand 46bn to Rand 128bn by 2019.
Categories: Africa, Financial, Freight, News
Tags: South Africa, Transnet